Owls vision is unconventional. Their eyes are extremely large and nearly touch inside the head. Owl eyes are also completely immobile and cannot be considered true “eyeballs”, as they’re actually tube-shaped. Binocular vision lets owls fully focus on their prey and boosts their depth perception. However, it also makes the owl more vulnerable to predators, which include other owls and mobs of angry songbirds. Owls can rotate their heads 270 degrees, which compensates for their forward-facing vision and immobile eyes. 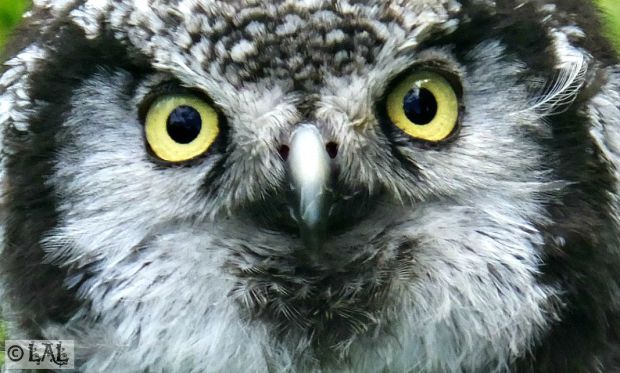 ← Not Today, Darling!
The Happiness of Childhood →

This site uses Akismet to reduce spam. Learn how your comment data is processed.